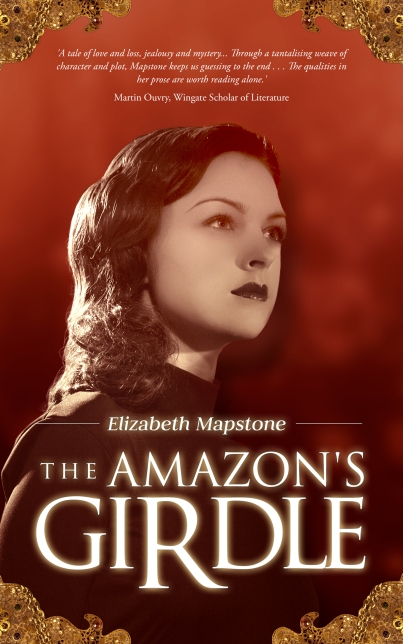 Beautifully written… To keep hold of such a subtle plot is high novelistic skill.

‘A warm and yet harrowing tale of love and loss, jealousy and betrayal, with a mystery at its heart. Through a tantalising weave of character and plot, Mapstone keeps us guessing to the end . . . The qualities in her prose are worth reading for alone.’

Complex fascinating characters and a plot to match. If you like Ruth Rendel writing as Barbara Vine, you will like this

Paris 1977. When Queen of French Cinema, Madeleine Marvell, comes to lunch, she reveals that schoolgirl Charlotte’s life is based on a lie, and tells her to ask her father about “the Amazone”. Neither parent will explain, so Charlotte is determined to uncover the truth.

Who is the Amazon? And why did she die?

A doctor and a crippled QC in a Cornish village, an academic in London, Resistance fighters in World War II, film stars of the fifties, and a Michelin-starred restaurant – all are entangled in this mystery.

And then Charlotte discovers evidence of murder…

Published in paperback and Kindle versions and available in amazon stores world-wide (where else?). Can be ordered from any bookstore by quoting ISBN 978-0-9935375-0-9

1 Response to The Amazon’s Girdle